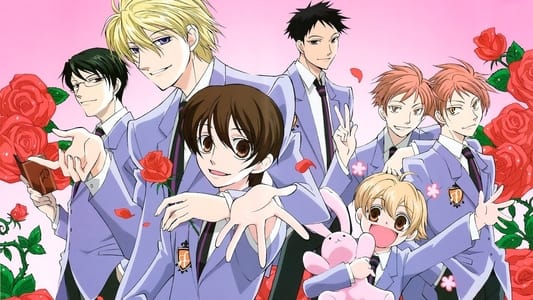 Haruhi Fujioka is a studious girl who has recently enrolled at the prestigious Ouran Academy. One day, while looking for a quiet and peaceful place to study, she stumbles across a seemingly unused music room. Upon entering, Haruhi is welcomed by the members of the well-known Host Club: a club in which attractive boys amuse girls from across the entire school. However, when Tamaki Suou—the founder and president of the club—startles the bright scholarship student, she accidentally breaks an expensive vase.

With repayment looking difficult for Haruhi, the Host Club members come up with the perfect solution to the girl’s problem: work for the club and ultimately become a Host herself! Mistaken for a boy by her peers, Haruhi has to entertain various female students while coping with her fellow Hosts’ extravagant personalities.