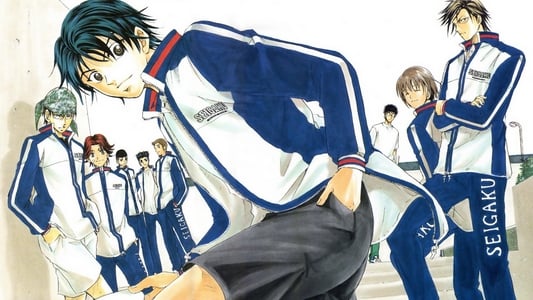 At the request of his father, tennis prodigy Ryouma Echizen has returned from America and is ready to take the Japanese tennis scene by storm. Aiming to become the best tennis player in the country, he enrolls in Seishun Academy—home to one of the best middle school tennis teams in Japan.

After Ryouma catches the captain’s eye, he finds himself playing for a spot on the starting lineup in the intra-school ranking matches despite only being a freshman. Due to his age, the rest of the Seishun Boys’ Tennis Team are initially reluctant to accept him, but his skill and determination convinces them to let him in.

Armed with their new “super rookie,” Seishun sets out to claim a spot in the National Tournament, hoping to take the coveted title for themselves. In order to do so, the team must qualify by playing through the Tokyo Prefectural and Kanto Regionals. Yet, the road ahead of them is shared by a plethora of strong schools, each playing tennis in unique ways for their own reasons. Ryouma and his teammates must learn to cooperate if they want to become the champions they aspire to be.